Videos and webcasts on the latest global mobility news and updates. 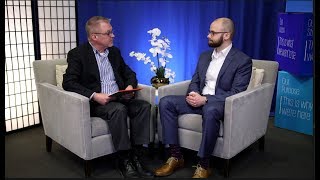 JOHN SEERY: So Bob, there's a lot of confusion about how someone becomes eligible for a Social Security benefit.

So having said that, basically once you have 10 years of earnings, you'll qualify for a retirement benefit under the US Social Security system.

JOHN SEERY: It takes longer than 10 years to get the full benefit, right?

BOB ROTHERY: That's right. And that causes a lot of confusion. Most people are aware of that 10-year rule, but they don't realize that it takes 35 years of earnings to reach a maximum benefit. Your retirement benefit is based on your average monthly earnings, inflation-adjusted, over 35 years of earnings history.

JOHN SEERY: So if a person leaves the U.S. and stops paying FICA, how big of an impact would that have on their benefit?

BOB ROTHERY: Well, that really is a great question, and it gets to the crux of what a lot of people's concerns are. Sometimes when people go on assignment, they stay covered by FICA, but sometimes they don't. And they're really worried about what their benefit will be some day.

So let's look at an example. Let's say that we have a person who is born in 1960, so her full retirement age is age 67. She'll qualify for her retirement benefit in the year 2027.

So to keep things simple, let's say that this person has 40 years of earnings reported to the US Social Security system, and let's say that each of those 40 years, the person's earnings were more than the FICA wage limit for that year.

So if that was the case, the person's benefit at the time that she retires would be about $2,940 per month.  Now if she went on assignment and just stopped paying FICA for, let's say, two years, then she would still have more than 35 years of earnings, and so the effect on her benefit at retirement would be almost nil.  She'd have almost the exact same benefit upon retirement.

JOHN SEERY: That's not a small amount. I'm wondering what the effect would be if somebody went on assignment for a longer period of time; let's say 10 years.

BOB ROTHERY: Yeah. Now that does begin to have an impact.  As I said, if -- in our example, if this person went on assignment for 10 years, then she would only have 30 years of earnings, rather than 40.  So in her 35-year average of earnings, she'd have a bunch of zeros, and that would push her benefit down by about $250, and her monthly retirement benefit would be about $2,690.

JOHN SEERY: Interesting. So the impact of not paying FICA for a number of years might not be as big as people might imagine. What if someone retires outside of the U.S.?

BOB ROTHERY: Well, that's a great question. And, in fact, it is possible in most countries to retire and receive a U.S. benefit. It depends on what country you're a resident of when you retire. And there is a Q&A on the U.S. Social Security website that explains. But in most cases, you can collect a retirement benefit while you're living abroad.

JOHN SEERY: So a foreign national that has worked in the U.S. and pays FICA for 10 years and then retires outside the U.S. would still be entitled to a benefit from the Social Security Administration?

BOB ROTHERY: Yeah, that's right. In fact, a person, if they have their 10 years of earnings credits and then they go home to their home country, upon retirement age they should still be able to claim a benefit.

Now as we said, the benefit is just based on the amount of earnings actually reflected in the U.S. record, so 10 years of earnings would merit a benefit of roughly $1,450.

There is another rule that says that if you receive benefits from two countries at once, it may push down your U.S. benefit.  So if that same person has 10 years of earnings credits in the U.S., but they also receive a retirement benefit from their home country as well, well that would push down their US benefit to only $830 -- more than $600 of a decrease.

JOHN SEERY: But the rules are different when there is a totalization agreement in place, right?  An individual might not need 10 years or 40 quarters of coverage to be eligible for a benefit.

BOB ROTHERY: That's right. When a person is working temporarily in the U.S and their home country is a country that we have a totalization agreement with, then as long as their credit in the U.S. and the other country together exceeds -- is at least 10 years, then they'll qualify for a U.S. benefit if they have just six quarters of coverage credit in the U.S.  So a very minimal presence in the U.S. can result in a U.S. benefit.

Now, of course, the amount of the U.S. benefit will still be based on the amount that they actually contribute to the U.S. system.

So let me give you an example there. Let's say a person contributes to the US for five years and qualifies for a benefit under a totalization agreement.  Well, their monthly benefit on retirement is going to be about $460.  If the person contributes for just two years -- and again, I'm basing these contributions on at least being the FICA wage maximum in each year. If that person has two years of contributions, then their monthly benefit on retirement is only going to be about $160.

JOHN SEERY: Okay. There's a lot of moving parts here, but I think a key takeaway is that the retirement benefits under a totalization agreement are relatively small.  So if there is a choice, an individual might want to consider the loss of benefit by not paying into their home country system.

BOB ROTHERY: Right. That's often the case that the employer is focused on what the reduction in the tax burden would be by not paying the home country tax for a while. But that could be accompanied by a related decrement in the home country benefit that would offset those savings over a lifetime.

JOHN SEERY: Interesting. So a benefits projection might be an impact part of planning for an assignment.

Revolutionizing the future of mobility through innovation.
Read more

This information is not intended to be “written advice concerning one or more Federal tax matters” subject to the requirements of section 10.37(a)(2) of Treasury Department Circular 230.

The KPMG name, logo and "cutting through complexity" are registered trademarks or trademarks of KPMG International.