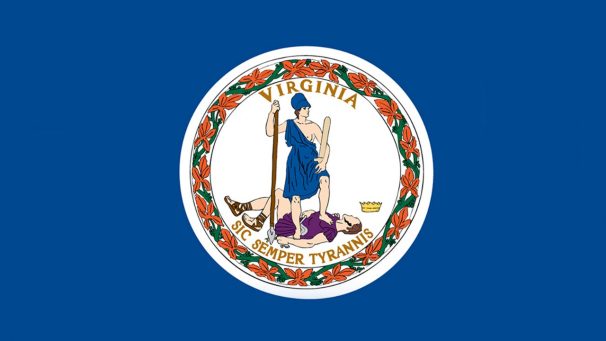 The Fourth Circuit Court of Appeals recently held that a utility charge imposed by the City of Roanoke was a fee, not a tax.

The Fourth Circuit Court of Appeals recently held that a stormwater utility charge imposed by the City of Roanoke was a fee, not a tax. Revenues from the charge were used to fund the City’s stormwater management system, which facilitated compliance with federal and state environmental regulations. The amount of the charge was based on an improved “parcel's impervious surface cover.” An impervious surface is one that significantly impedes or prevents “the natural infiltration of water,” so owners of land that had larger impervious surfaces paid a greater stormwater charge. The railroad at issue held one of the City's largest improved parcels, much of which was covered by railroad track and ballast. Ballast is the crushed stone surface beneath railroad tracks that stabilizes the tracks and drains stormwater away from them. The taxpayer argued that its ballasted property should be exempt from the charge because ballast is at least as pervious to stormwater runoff as lawns, which were not considered impervious surfaces and were not subject to the charge. After unsuccessfully arguing that its parcel should be exempt, the railroad next asserted that the stormwater management charge violated the Railroad Revitalization and Regulatory Reform Act of 1976 (4-R Act), Under the 4-R Act, states and localities may not impose any “tax that discriminates against a rail carrier.”  The taxpayer’s position was that the charge was discriminatory under the Act because it treated the ballasted property of a railroad differently from lawns.

The 4-R Act discrimination provision applies only to taxes, not fees. Therefore, the first question before the court was whether the stormwater charge was a tax or a fee. To answer this question, the court applied a three-part framework derived from earlier cases, which focused on: (1) what entity imposes the charge; (2) what population is subject to the charge; and (3) what purposes are served by the use of the monies obtained by the charge.” If the charge falls “somewhere in the middle” between a classic tax and a classic fee, the most important of these considerations is the purpose for which the revenue from the charge is used. The charge at issue was imposed by the Roanoke City Council, the City’s legislative body. This fact suggested, the court noted, that the charge was a tax. The second factor examined the population subject to the charge. Although the stormwater charge applied to a broad class of property owners, which suggested it was a tax, it was assessed based on the impervious surface of an owner’s property, which looked more like a fee. The court determined that the second factor was effectively a wash. With respect to the third and most important factor, the purpose of the charge, the court determined that the charge was more akin to a fee. While recognizing that other courts had held differently on a very similar question, key to its determination was the fact that the charge was used to defray or offset the City’s costs of complying with regulations imposed on it under federal and state law. In the court’s view, a classic regulatory fee is designed to address harmful impacts of otherwise permissible activities and to ensure that the actors responsible for those impacts bear the costs of addressing them. That was exactly the function served by Roanoke's stormwater management charge, which ensured that owners of impervious surfaces bear the cost of managing stormwater runoff. Because he court concluded that the charge was a fee and not a tax, the taxpayer’s 4-R Act argument failed.

Two interesting concurring opinions were also issued in the case. The first compared the quality of the waters of the Chesapeake Bay today to the manner in which it was described by Captain John Smith when he arrived at Jamestown in 1609 and extolled the need for stormwater management programs in which all parties participate. The second argued that a “totality of the circumstances” examination should be made to determine whether a charge is a tax or a fee, rather than relying only on a three-factor test. The judge noted that the three-factor test allows some important considerations to be ignored, but in his mind, the “heart of the inquiry” remains the third factor (purpose for which the revenue was used) which requires a broad examination. Please contact Harley Duncan at 202-533-3254 with questions on Norfolk Southern Railway Co. v. City of Roanoke.