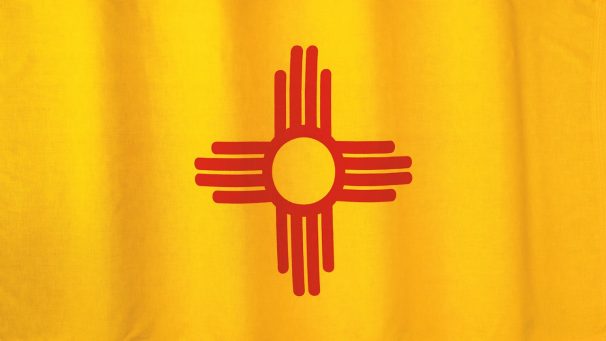 PA: Corporate tax bulletin provides hedging and other receipts are excluded entirely from the sales factor

Recently, a New Mexico Hearing Officer ruled that the Department of Taxation and Revenue failed to establish that deviation from a financial institution’s apportionment factor was warranted.

Recently, a New Mexico Hearing Officer ruled that the Department of Taxation and Revenue had not proven by clear and convincing evidence that the payroll factor should be eliminated in apportioning a credit card bank’s income to New Mexico. The taxpayer, a credit card bank, filed its original corporate income tax returns utilizing the special regulatory method for apportioning the income of a financial institution. New Mexico’s regulation is based on the model rule for apportioning the income of a financial institution that was promulgated by the Multistate Tax Commission.  This regulation includes language that is substantively identical to UDITPA’s equitable adjustment provision. The New Mexico corporate tax return instructions noted that the Department, in applying the equitable apportionment provision, may exclude one or more factors if it is determined to be reasonable and the factor is “insignificant”. Per the instructions, a factor is insignificant if the denominator of the factor is between zero and three percent of net income. After the taxpayer filed its returns, the Department’s software flagged the returns because of the relatively small payroll factor for the tax periods at issue. On audit, the Department concluded that the employees represented in the payroll factor were not contributing sufficiently to the generation of income to warrant a full weighting with the other factors. As such, the Department eliminated the payroll factor for the two tax periods at issue, which increased the taxpayer’s New Mexico liability. The taxpayer protested.

The Hearing Officer first rejected the taxpayer’s apparent argument that there was no provision to seek equitable adjustment if a taxpayer had applied a special regulation that already departed from the standard UDITPA apportionment provisions. Notably, the financial institution regulation contained language almost identical to UDITPA’s equitable adjustment provision. Furthermore, authors of a preeminent state tax treatise also believed that equitable adjustment remained viable even if a taxpayer had apportioned its income using special industry apportionment regulations. The Hearing Officer next confirmed that the Department, as the party seeking to depart from the special regulatory method, had to establish by clear and cogent evidence that elimination of the payroll factor was necessary. In the Hearing Officer’s view, although the analysis was “close,” the Department had not met this burden. While the Department had established that the payroll factor played a small part in the taxpayer’s generation of income given that it was 1.69 percent of total income, the Department presented little evidence that a payroll factor of under three percent of income was distortive. In other words, the Department’s view was that payroll factor of under three percent of income was de minimis and therefore distortive. In the Hearing Office’s view, while de minimis and distortive may frequently overlap, the Department had to present evidence, which was lacking here, as to how there was distortion beyond a de minimis mathematical ratio between total payroll and income. The Hearing Officer granted the taxpayer’s refund claims, but declined to award attorney’s costs and fees. Please contact Nick Palmos at 214-840-4076 with questions on In the Matter of the Protest of Discover Bank.