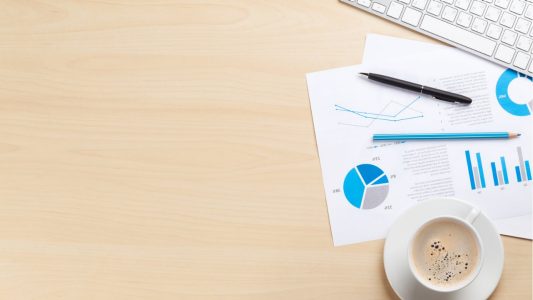 Where are we on CbyC?

THERESA KOLISH:  2018, most multinationals started filing all their 2016 data, and now tax authorities are looking at it.  So, what has your experience been with respect to tax authorities reviewing this information?

My guess is that the tax authority is still reflecting how to do the best use out of all these data, and also considering the constraints they have, they are not using the data straightforward to make adjustments on transfer pricing, but probably they are using them to make risk assessment, trying to identify the most risky situations, and then take action on that.

THERESA KOLISH:  Has that been the experience in the UK?

GRAEME WEBSTER:  I think it's still early days for most countries.  Tax authorities are generally working one or two years behind the taxpayers themselves, so data's been filed.  It's going to take a bit of time for the tax authorities to really get to grips with what's coming.

It's also very new.  You know, this isn't something that we're -- you know, historically, tax authorities have had the advantage of, and it's going to take a bit of time for them to work out exactly how they're going to use that data.

To some extent, we are seeing activity from, in particular, HMRC around the Profit Diversion Compliance Facility.  So this is a facility that's been set up, and it's a bit of a step away from the way in which HMRC have typically worked.  So it's moved towards a kind of centralized risk scheme.

And it may be the case that they are using some of that country-by-country data, or even some of the huge amounts of information that's being exchanging between tax authorities.

THERESA KOLISH:  Interesting.  So the U.S., we haven't had a lot of action, either, with respect to the IRS coming forward with a plan as to how they're going to use the information.

Are we evolving towards profit splits?

THERESA KOLISH:  But we are aware of several audits around Europe.  So, in particular, there has been a Swiss-parented company with an Australian subsidy where the Swiss tax -- the Austrian tax authorities felt that there were not sufficient DEMPE functions in the Swiss parent and thought more PFT should align with the Austrian sub, which was merely getting a cost-plus, despite having a lot of R&D and other activities there.

I think that audit was appropriately shifted away from a profit split, and they're still trying to settle it.  Are you aware of other tax authorities outside Italy doing auditing?

And they find out these profit splits are not appropriate, because it was allocating much profit on the parent company that was located in a place like Malta, but in the end, was performing only very -- I mean, only board meetings, and -- but most of the actions were decided and taken in different countries. And the profit split, as it was in place, was not reflecting the proper split of functions and risk within all the entities.

So even in a case where already profit split was used, then the country-by-country data were used to somehow modify this model and challenge it and put in place a more sophisticated one.

THERESA KOLISH:  I'm familiar with that, that case.  I think it was in Sweden, and I think the proposed adjustment was significant.

THERESA KOLISH:  So hopefully there's a good resolution for the taxpayer there.  Are you aware of other ones?

GRAEME WEBSTER:  Well, it does seem to me that the tax authorities have got new things to play with -- DEMPE, control of risk, financial capacity.  They're still getting to grips with what all this means.

Yeah, couple that with, I think, a drive towards a two-sided analysis, so that the conversation there we're having around profit splits, I think that's the direction of travel with most tax authorities, even in situations where actually they're assessing routine functions.  They'll want to understand properly how the full value chain of the business operates.

THERESA KOLISH:  Do you think most taxpayers are prepared to present a holistic value chain that really can address the tax authorities' concerns?

But I think right across the board, that's the general direction of travel for tax authorities, to be looking more holistically at the business and asking questions about whether traditional one-sided methods give an appropriate result.

THERESA KOLISH:  I agree.  I think it's going to be very challenging, though, to have profit splits implemented across multi-jurisdictions.  I think it may be challenging to administer for both tax authorities and the taxpayers themselves to come up with appropriate allocations in various keys.  And I wonder if we're going to see an increase of double tax as a result.

THERESA KOLISH:  That's good advice.  What else would you suggest the taxpayers do right now to prepare?

GRAEME WEBSTER:  I think, you know, across the controversy landscape, things have dramatically evolved, and tax -- taxpayers are very familiar now with advanced pricing agreements, the benefits that they can bring.  Also, there's a recognition that actually they can be quite, quite burdensome in terms of taking it through the process and working with the tax authorities.

I think you look across that landscape and look at things like arbitration, there are quite a lot of things to be considering as to whether or not you'd enter into something like an APA.  But I think still that is the choice option, I suppose, to lock in certainty with tax authorities.

THERESA KOLISH:  I agree.  And particularly for something like profit split, where you're looking at multiple jurisdictions, I think that APAs are a perfect tool to use to resolve those kind of issues.

GRAEME WEBSTER:  Absolutely.  And, you know, that the profit splits can be frighteningly subjective at times.

The Demise of LIBOR — Tax and Transfer Pricing Implications

The End of LIBOR