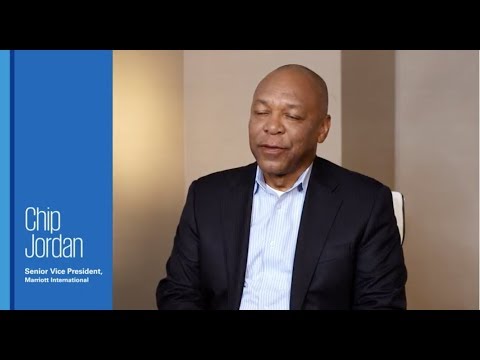 Chip Jordan, Senior Vice President, Mariott International: The 14 percentage point reduction in the federal rate is actually a wonderful thing. I've heard some tax leaders say well this sort of business as usual, it's not it's a game-changer. About 60 percent of our business is domestic business, and the rest is overseas and a 14 percentage point drop on the domestic rate was a very very big piece for us.

Francois Chadwick, Vice President, Tax & Accounting, Uber: With respect to the U.S. tax reform and the changes it has for Uber, the largest impact is really around the international provisions. Once again it’s the sort of the uncertainty around where should we be looking to place our intellectual property. We have a standard technology tax structure with offshore IP, do we bring it back to the U.S.? Do we leave it offshore? This comes down to undertaking a lot of modeling exercises. Even post modeling, sometimes there's a lot of uncertainty. The biggest piece of uncertainty is how long this legislation will actually be in place, and whether we expect it to change in the near term.

David Gordon, Senior Vice President, Global Head of Tax, GalaxoSmithKline: The rate reduction is obviously something that's beneficial from our perspective. But our key focus has really been around some of the other provisions. For example, the repatriation tax. Despite the fact that were a non-U.S. multinational, we're still impacted to an extent by that. So making sure we really understand the implications of the three-part tax and also GILTI and the BEAT provisions as well are high up on the agenda in terms of making sure that we understand the impact of those. We've obviously spent a lot of time focusing on those aspects, and such before the turn of the year. I do feel that we're on top of them to the extent we can be at the moment, but clearly there's still a lot of uncertainty out there at the moment.

Dan White, Vice President, Tax, H&R Block: The largest impact for us as it relates to the corporate tax is going to be the rate. The significant reduction, the rate, outweighs a lot of the other kind of counterbalancing aspects of the legislation. That's going to free up our ability to use that capital elsewhere, whether that means fund various initiatives, or kind of adjust our capital allegation. So we anticipate that being by far the most significant aspect in the legislation.