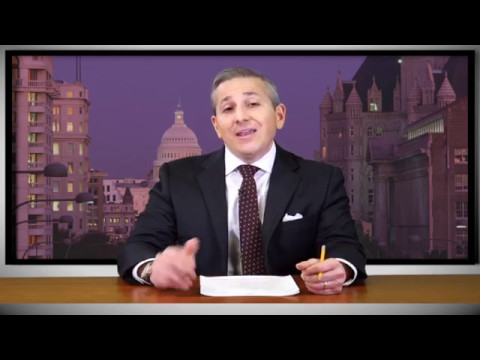 John Gimigliano: Hi, I'm John Gimigliano, the Head of the Legislative Group in KPMG's Washington National Tax. Obviously, the big news in Washington this week is that President Trump released his principles for tax reform. Now, there wasn't a lot of detail there, pretty much limited to one page, but I thought it would be useful to outline some of the items in there, the highlights, and then, maybe more importantly, just talk to you for a minute about what some of those items would mean.

Next, the President has proposed to eliminate a number of tax benefits. Perhaps most important among those is the deduction for state and local taxes.

The President would, however, protect certain deductions, notably the home mortgage interest deduction and charitable deductions. Now, we don't know in exactly what form. We shouldn't assume necessarily they'll continue to look like they do today, but they are committed to keeping at least some version of those.

Now, let's go to the business side. The President has continued to state that he's looking for a 15 percent rate, as he did as a candidate. But importantly, that 15 percent rate would not just apply to corporations. It would also apply to pass-through income as well. So 15 percent tax on business income, more or less regardless of the structure.

Now, exactly how that will be configured we don't know. There's not a lot of detail. But just note that while the structure is similar to the House blueprint, there's an important difference there, and that is the House blueprint is a 20 percent corporate tax rate and a 25 percent rate on pass-through income.

Again, the plan would endorse a one-time tax on foreign earnings, so-called mandatory repatriation. Now, we don't know exactly what rate or whether or not there will be a bifurcated rate, as in with the House plan. You may recall, again, that the House plan, on their mandatory repatriation, has a different rate, a higher rate, 8.75 percent for cash and cash equivalents and 3.5 percent for noncash. We don't know whether there will be a bifurcated rate or what those rates would be in the case of the President's plan.

And then, finally, they say that they would eliminate tax breaks for special interests.

Here are the key takeaways from the release of the President's tax plan this week.

Number one, I think one of the things we learned is that President Trump looks very much like candidate Trump, at least when it comes to their tax plans. That, yes, there have been some nuances—again, as I said, this evolution towards full territoriality is a slight distinction. But more or less, the plan that we saw this week looked very much like the plan we saw from the candidate.

Now, number two, I think one of the things that we said—and I think many people observed—is that over the course of the campaign that candidate Trump's plan evolved ever closer to the House blueprint plan. And I think that's still true—in fact, maybe even more so, again, with the endorsement of territoriality.

So, what does that mean? Well, I think it means that the blueprint is still Plan A on a playing field where there's no materially different Plan B, leaving the blueprint as really the main vehicle, I believe, for tax reform this year, for now.

And finally, the last point I would make—and you're probably thinking it right now—but what about those things that the President's release did not mention?

And a couple things they did not mention were items that were really essential to the House blueprint: expensing, nondeductibility of interest, and of course, perhaps the all-important border-adjustable tax.

I think the important thing to remember here is, the fact that they were not on that list does not mean they are not to be included in the plan. I think what it does mean is that the administration is still evaluating its options, its policy options on those items.

So, where does this leave us? Well, I think it leaves us more or less in the same place that we were. We know what the President believes. We know that it's very similar and related to the House plan. But we still have many questions that are unanswered.

And frankly, I believe that those questions are not going to be answered until the President releases his full budget, and until the blueprint is released in full legislative form. And then—and maybe only then—will we know the answers to the questions that we've been wondering about these many months. And when that finally happens, we'll certainly be back to you with observations then. Thank you.

The information contained herein is not intended to be "written advice concerning one or more federal tax matters" subject to the requirements of section 10.37(a)(2) of Treasury Department Circular 230.

The information contained herein is of a general nature and based on authorities that are subject to change. Applicability of the information to specific situations should be determined through consultation with your tax adviser.